I remember the first conversation we had.

It was his first day at Willis Road Elementary, and we were just two bright-eyed ten year olds who didn’t get picked first in gym class. After the usual small talk that comes with meeting a new person, we quickly moved to more important topics, such as discussing our favorite movie in the Indiana Jones trilogy and what each of our dads do for a living. Once we figured out we lived in the same neighborhood, all hell was about to break loose. We had just become best friends.

The next four years were filled with stories of adventures, inside jokes, and all the awkward conversations and confusion that comes with early adolescence.

Like most boys, we found our freedom in the woods. At home, we were kids. But in the woods, we were kings. We were Frodo and Sam, Batman and Robin, Tanto and the Lone Ranger. Where the asphalt ended, our kingdom began. The halls of middle school were saturated with cliques and Axe body spray, but the tree line was soused with freedom. In the swimming pool, we weren’t boys — we were navy seals. In the neighborhood, we didn’t ride bikes — we maneuvered motorcycles through the streets of Baghdad. The woods weren’t just “the woods” — they were echoes of Endor and Narnia. We were army rangers, cowboys, Jedi, and astronauts. We were warriors. We had the image of God printed upon us. And though we didn’t know it yet, all those years we spent in the woods were us looking for Eden. We found our lives there. We were free. Until the streetlights came on, and then it was time for dinner. But the Georgia soil cleansed our souls, and even now I am taken back to those years whenever I walk barefoot through the mud.

Every boy needs time to be a cowboy. He needs a place to roam, to be free. To be wild. His heart longs for it. His soul was made for it. It is lodged within him — a longing for adventure, a treasure to find, a beauty to save. He longs to be fathered, and he experiences the presence of God amidst all of his questions and doubts when he steps forth into the canopy of the trees and lets his bare feet guide him through the creek. He finds the River of Life in the murky water, and joy meets him with each warm touch of the sun. If a boy misses this stage of life, if he is never trained in the way of a cowboy or allowed to be one (whether because of his parents, his own insecurities, or other reasons), there will always be a part of him that itches for a longing never met. He may become Peter Pan and refuse to grow up, buying bigger and more expensive toys as the years go on. Or he may put to death his desires, and become an unengaged man. But not the cowboy. The cowboy knows how to adventure, but he also knows how to fight, how to love, how to lead, and how to teach. But before becoming the king and sage this world so desperately needs, a boy must first learn the ropes of the cowboy (see Fathered by God by John Eldredge). He must learn to play and to adventure. There are certain things that cannot be experienced inside the realm of a picket fence or the safety of a bedroom. As John Eldredge says, “we are made in the image of God. We carry within us the desire for our true life of intimacy and adventure. To say we want less than that is to lie.” We have lied our way out of our true life, and have settled for rationalism over imagination and the comfort of video games over the freedom of adventure. We’ve deceived ourselves if we believe that it is better to watch movies and play video games of adventure rather than live out our own. I’m thankful for those years I had the chance to be the cowboy. Sure, we played the video games and kept Black Hawk Down on repeat. But the video games and movies were catapults that launched us deeper and deeper into our desires and dreams.  had already been battling depression (although I didn’t know it at the time) for a few years since being a cowboy, and I had managed to put up quite the fight. But in war, scars are almost always a guarantee. I wore the scars on my skin and within my heart, and I’m now thankful for the scars. They teach me that God heals the broken. We’ve just gotta learn to stop picking ’em. But scars don’t excuse the prison and the pain, and I became captive to my own thoughts. The thirteen-year-old me found freedom in the woods, but the fourteen-year-old me became enslaved to my own darkness, and I attempted to find comfort in video games and the insidious snare of pornography. Within moments, my innocence was lost. The woods were no longer appealing, and my bike collected dust in the garage. My friend and I slowly lost touch as we entered high school, and I was soon left alone with my own darkness. I now desired comfort over intimacy, and safety over adventure. Yet the very things that I thought would keep me safe were what brought my destruction. Shame and loneliness set in, and my grave became deeper and deeper. I was east of Eden, as Steinbeck says. Paradise was lost, and along with it my innocence and joy.

Yet over the years, as some battles have passed, some new ones have come, and some have stayed, I have learned new ways to fight and have grown closer to the Father. I went on to become a warrior, fighting for my own faith, restoration, and wholeness. Perhaps I will soon be able to fight on behalf of others, and perhaps sometimes I do. Despite the hits I’ve taken from the enemy, the Father has continued to invite me back to intimacy and adventure, and he continues to call me back to Eden through a variety of avenues. Whether I like it or not (and believe me, sometimes it pisses me off), Eden is etched on to my heart. The road back to Eden is a rough one, but the ancient paths are available to all who wish to walk them. Eldredge describes the ancient path by saying that “it does not tell you how fast to walk […], it does not tell you why the mountain is there, or how old the forest is. It tells you how to get where you are going.” I must come to terms with the fact that I may never know the why to my life’s experiences, and may never find the answers to some of my deepest questions. But what I will find is healing. And I am reminded that Jesus never healed two people the same. I must learn to continue saying yes to Jesus’s invitation of intimacy and adventure, and learn to put to death all that is not life. I am convinced that relationships are at the center of healing, and with that I must run toward what I fear. The old cowboy within me is being resurrected — it’s time to knock the rust off my soul and get my innocence and joy back. 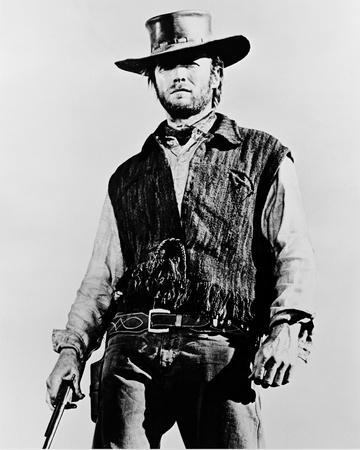