Ever since I read Wild at Heart the summer going in to my senior year of high school, I’ve become quite the recreational reader. I’ll admit, at times it has been unhealthy — spending hours in my room with nothing but a pile of books isn’t really “soul care”; it’s deadening. And as the teacher warns us in Ecclesiastes, there truly is no end to writing books, and too much study will wear you out (12:12). We’ve all heard the saying that knowledge is power, and with great power comes great responsibility. If you don’t apply the knowledge learned from books, well, you’re nothing but a walking encyclopedia. And nobody likes Encyclopedias.

With that said, I’ve taken a few steps back from all the reading in order to allow myself to actually have a life, especially considering that most of my friends over the past few years are dead. By that I mean Lewis, Chesterton, and the like. As I look back on all the books I’ve read this year, being somewhere between one and two dozen, I have chosen five that have been especially impactful. This is not an exhaustive list by any means, and the books are in no particular order. But if for some reason you were wondering what my favorite books have been this year, well then here you go.

If you’re looking for a book that is both entertaining and emotional, then check out My Best Friend’s Funeral. Thompson chronicles the life-long friendship of him and his best friend in this book that is a cross between a coming-of-age story and a tear-jerking memoir. After the premature death of his best friend, Tim Garrety, Roger traces back their friendship from its beginnings in their early teenhood to its epoch in their thirties. His vulnerable prose gives the reader permission to doubt, question, and enter into his/her own story with a willingness to draw closer to the heart of God and the heart of those they love. With 1980s California in the backdrop, Roger retraces the loss of his father, his first kiss, his Joseph-like dreams of changing the world, and his love for surfing — all while retracing his twenty-year friendship with Tim. From the awkward halls of high school to the awkward intimacy of the first few years of marriage, My Best Friend’s Funeral is a book that will make you laugh, cry, and remember what is truly important in life.

“Who we travel with is as important as where we are headed.”

The Jesus I Never Knew by Philip Yancey

Billy Graham said that Philip Yancey is his favorite evangelical author, and after picking up any of Yancey’s works, it makes sense why. I was first introduced to Yancey after finding a copy of Disappointment with God in a Jamaican library, and I have been a fan ever since. Yancey was raised in a fundamentalist Christian family in Atlanta during the 60s — needless to say, he spent many years as an agnostic after having been hurt by the church and witnessing the church hurt others. However, the beauty of nature, the majesty of classical music, and the enchanting love of a woman drew him to the heart of God, and he has dedicated his life to wrestling with the difficult questions of faith that many Christians and churches find taboo. In The Jesus I Never Knew, Yancey puts aside his preconceived notions and presuppositions about Jesus (many of which he learned in Bible college), and does his best to rediscover the beauty, compassion, and challenge of Jesus in a Western world that so often paints Him as boring, predictable, and two-dimensional.

“Looking in retrospect on my years at Bible college, I see that, despite all the devotional intimacies, Jesus grew remote from me there. He became an object of scrutiny. I memorized the list of thirty-four specific miracles in the Gospels but missed the impact of just one miracle. I learned the Beatitudes yet never faced the fact that none of us—I above all—could make sense of those mysterious sayings, let alone live by them.” 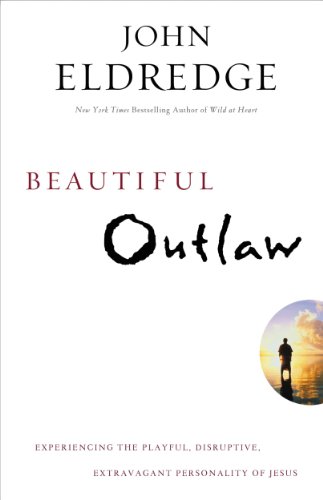 Those of you who know me know just how much of a fan I am of John Eldredge. He writes in such a way that removes the religious veils of legalism and systematic theology, all the while upholding the Truth and steering clear of heresy. As a former counselor, he writes in a holistic way that engages the heart, mind, and soul — he is aware of the danger of head knowledge and believes that the heart must be at the center of a life with God. Similar to Yancey, Eldredge believes that the Church has attempted to rob Jesus of His personality, and he seeks to help others experience the person of Jesus in this enthralling book. In Beautiful Outlaw, Eldredge invites his audience to rediscover (or discover for the first time) the remarkable qualities of the God of the universe — the God who created wine, flying squirrels, the sunset, and everything else we love. I read this book during a trip in Jamaica, and I can confidently say that it helped me draw closer to the heart and personality of Jesus — the same Jesus who ate fish for breakfast the day of his resurrection.

“He is the playfulness of creation, scandal and utter goodness, the generosity of the ocean and the ferocity of a thunderstorm; he is cunning as a snake and gentle as a whisper; the gladness of sunshine and the humility of a thirty-mile walk by foot on a dirt road.”

Telling the Truth by Frederick Buechner 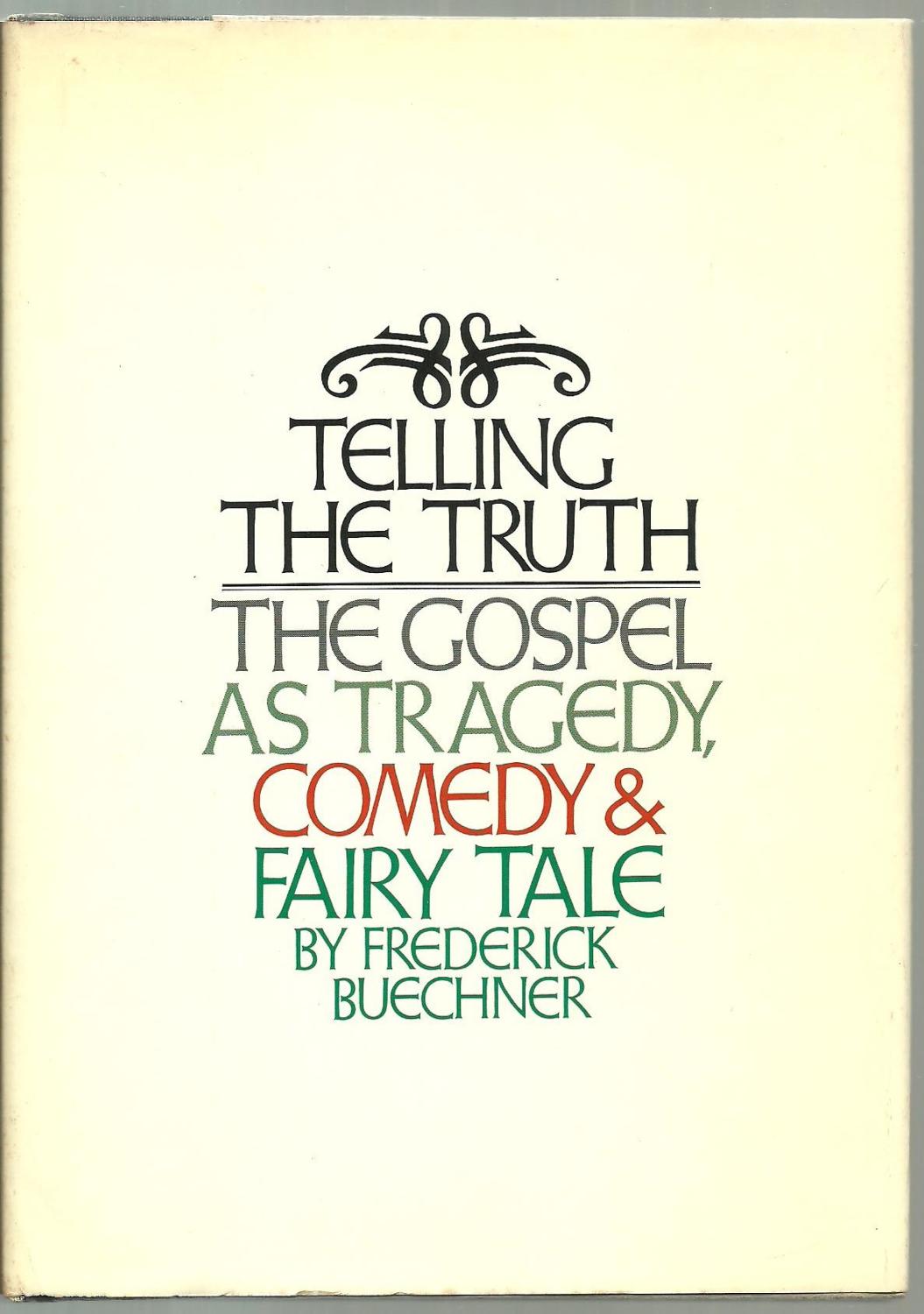 I think Buechner’s writing style is one that you gotta either love or hate, but I personally love his writing. It takes some time to get used to, for sure; but if you are willing to dive into the poetic prose of Buechner, you will likely find his writing to be a gem that deserves far more recognition than it receives. In Telling the Truth, Buechner unpacks the Gospels (particularly Jesus’ parables) in search of their meaning and purpose that far surpasses what you learned in Sunday School. He argues that the chief goal of the preacher should be to tell the truth — not as we wish it to be and not even as how we have been taught it to be, but how it is. He believes that the Truth of the Gospel is one of tragedy, comedy, and ultimately fairy tale (although a true one), and that to dismiss it of any of these concepts is to cheat it of its power. Buechner is a lover of Story, and although he is a theologian, he does not write like a theologian. Rather, he writes as someone who understands and experiences the nature of a world in which God so often feels absent, and yet holds to the powerful claims and truth of Jesus in a broken world. This book addresses both the questions of the head and the emotions of the heart, ultimately pointing the reader to Jesus and the extravagant truth of the Gospel.

“None of us are very good at silence. It says too much.” 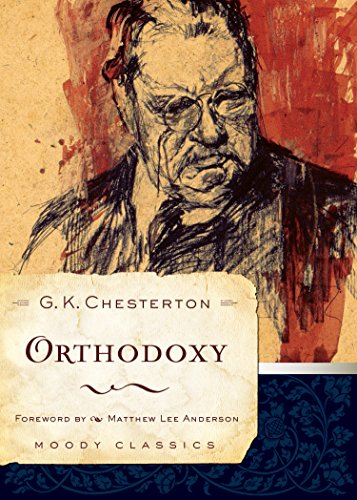 Orthodoxy is one of those books that is best read outdoors in a hammock with a campfire, or at least inside near a fireplace. I like to imagine that Chesterton wrote this with a cigar in one hand and a copy of a George MacDonald book in the other, and I am probably not too far from the truth. Chesterton writes as a romantic rationalist, and with that in mind you may begin to understand why he is considered the “prince of paradox.” Orthodoxy is somewhat of apologetics, although not in the typical sense of the word. He does not set out to necessarily “prove” Christianity; rather, he sets out to describe how he himself has come to believe it. Although written in 1909, Chesterton’s words seem as if they could have been written yesterday. He wrestles with, and ultimately overthrows, the secular philosophies of his day — which so often make up our own. When reading this book, I noticed a theme that extends from the works of MacDonald before him to the works of Tolkien, Lewis, Buechner, and Eldredge. This theme, of course, is that of story, myth, and fairy tale — which ultimately points to the Gospel. I am surprised, and ultimately disappointed, that so many Christian writers of the modern era fail to address this theme; for that very reason, I find a friendship and comfort in Orthodoxy that I have yet to find in most Christian books of the 21st century.

“The modern philosopher had told me again and again that I was in the right place, and I still felt depressed even in acquiescence. But I had heard that I was in the wrong place, and my soul sang for joy like a bird in spring. The knowledge found out and illuminated forgotten chambers in the dark house of infancy. I knew now why grass had always seemed to me as queer as the green beard of a giant, and why I could feel homesick at home.”