“Then something Tookish woke up inside him, and he wished to go and see the great mountains, and hear the pine-trees and the waterfalls, and explore the caves, and wear a sword instead of a walking-stick.” — J.R.R. Tolkien, The Hobbit

Only when the sounds of the world have been muted can the shouts of the heart be heard.

I walked outside barefoot for the first time in months. I had almost forgotten the feel of damp grass on a cool, October night. For a moment, as the clouds flirted with the moon, it felt as if the Eternal Winter was over, and Eden was once again my home. For a moment, it felt as if the curse had been broken, and the Sacred Friendship restored. Yet however passionate my deep wishes, the street light did not become a large oak and the cookie-cutter houses did not become a vast wilderness teeming with wildlife and waterfalls. The songs of birds did not replace the wailing of sirens in the distance, and the odor of a three-day old pizza box still leaked from the trash. But for a moment, however brief, I was reminded, as Buechner said, of a time from before I was born. My soul longs for this time, this place. A time in which there is no time except eternity, and a place in which there is no place but home. I was reminded of Eden, of a time and place when the glory of the Lord covered the earth. I was reminded of hope, that this time and place will one day return. And yet I was reminded still of the quiet desperation of suburban America, where men wear neckties as nooses and fill their hearts with the futility of life.

But for that brief moment, no matter how brief, I was living within eternity. God’s space had entered my space, or perhaps I had entered His. The glory of the Lord had made itself known on that damp patch of grass, and even the moths dancing among the porch light felt for a moment the Presence of their Creator. The feeling is oddly familiar — although elusive, this peace that surpasses all understanding has been felt before. But it remains more than a feeling. It is one of all five senses, as if for a moment my life has been fully restored and made whole. Yet like smoke from a philosopher’s pipe, the transient Kingdom vanishes from my being, and I am thrust out of the wardrobe into the reality of an ever so broken world.

Cynicism once again becomes my friend, and the texture of the grass no longer is pleasurable but bothersome. The absence of God becomes the most present thing in my life, and even the conversations of the crickets grow mute. I am left on my porch with the weight of doubt upon my shoulders, and a Bible whose leather is cracking sits on the table in front of me. I read a chapter of a genealogy, and the wind blows to chap my lips and my soul. Darkness covers the land, and even the street light thrusts itself into the cosmic battle as it struggles to remain lit.

I make it upstairs and throw up a Hail Mary to God as I crash on my bed. And as I fall asleep, something Tookish wakes within me. 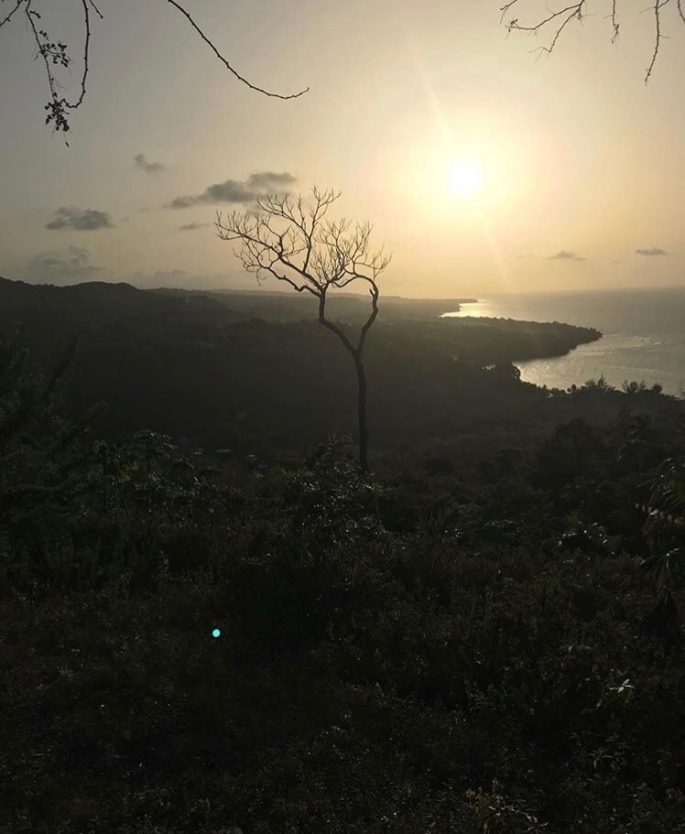